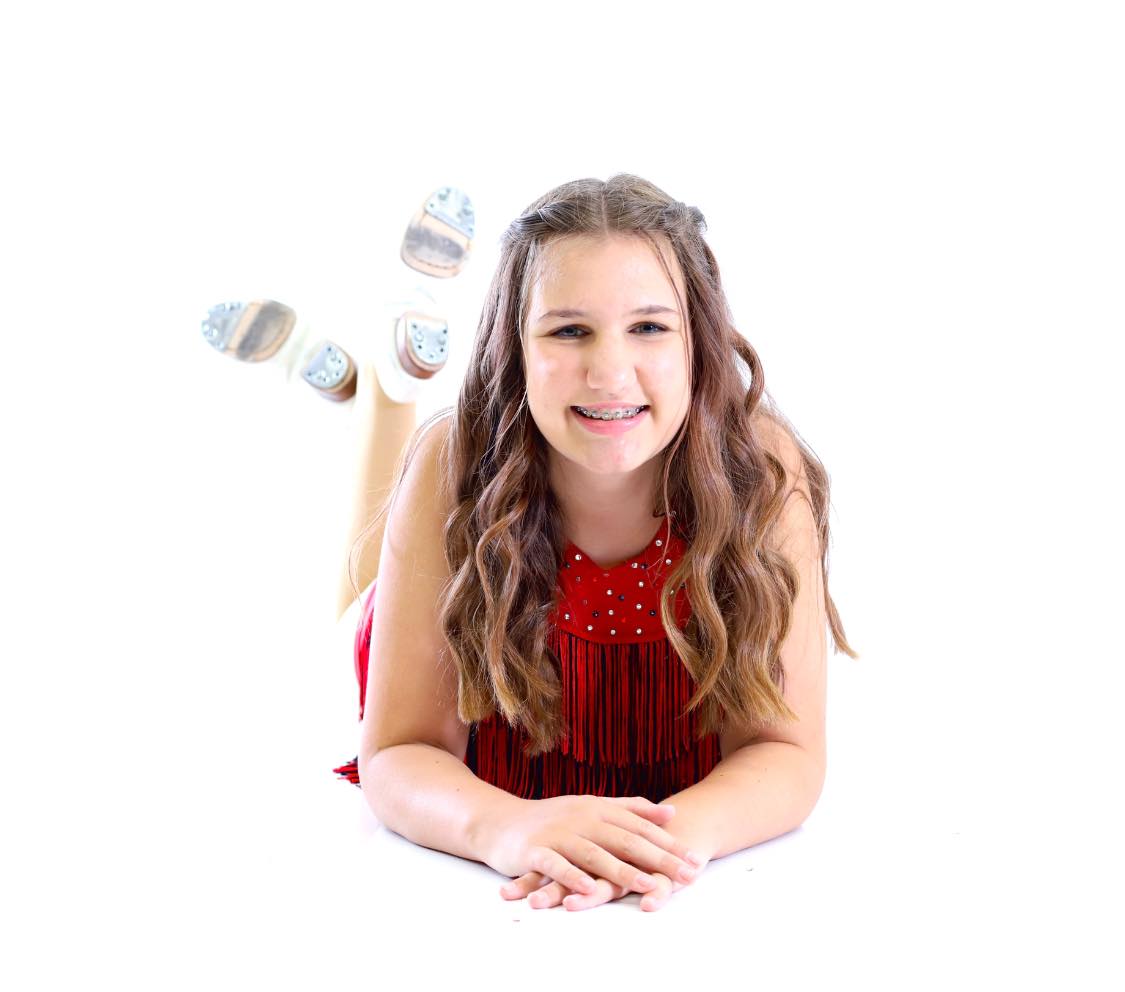 Meet Avery. Avery is one of our Synergy dancers. Avery’s dance adventure was very clogging focused for many years. She loved it and only wanted to do that until …. she became friends with this crazy group of girls that we lovingly call the “purples.” The purples were all in! They did EVERYTHING. Any class that was offered these girls were there. Avery hated missing out. She decided to add ballet and jazz and then lyrical and then modern…. and then a solo… and the list went on and on!

Avery’s mom was not sure if she could handle it. We were a little worried about her keeping up, but we believed in her and knew she could catch up if she worked hard. Avery was also worried about being behind. The other girls had been doing these styles since they were itty bitty. For several years Avery struggled. Her technique was not as strong. She was always the dancer that was behind the group. She didn’t have the turns or the leaps. She struggled to keep up with the choreography. She was so happy to be with her friends, but she was definitely more motivated by the social aspect than improving her technique. She’ll tell you that her work ethic in class was mediocre at best.

When Synergy Company had their first year of placements based on skill rather than age she found herself placed with a different group of dancers. She understood why she was there. Her skills were not at the same level as her friends. At first she was hurt and was defeated. She was present in class but was no longer working at her full potential. She settled into the mindset of “I’m never going to catch up.” We saw it, her mom saw it, and we started doing a lot of mental and mindset coaching with her to help her learn how to work in class, how to improve, how to work at home, etc. Then the world shut down. I was worried that Avery was going to fall even further behind when we had to switch to Zoom. We weren’t there to motivate her in person. We couldn’t always see everything that she was doing or not doing. It’s hard to push someone through a screen…. especially someone who was already struggling.

Here’s how. Avery came to EVERY class that was offered over Zoom during quarantine. She was often doing ballet and technique 2-3 times a week- sometimes per day. Once with the level below her, once with her level, and once with the level above her. Did it start out because she was bored and avoiding doing school work? Sure. She’s an only child and this was her only social interaction during quarantine. Plus school is not her favorite. Remember, she is highly socially motivated. What she quickly realized is that taking all of these classes made her better. She all of a sudden had her double pirouette! I will never forget the day she came into Zoom and wanted to show me! She was so excited! That win motivated her to keep going. She was constantly practicing at home, still coming to every class that she possibly could, and staying on after class to ask for help and advice.

We came back to the studio from quarantine and Avery placed a full level higher! She was selected to be in a guest artist piece. She got to dance up with her friends again, and she was hanging with them – not behind like before! She has continued to work in class, take private lessons, and work at home to build her technical foundation. Her hard work, focus, and dedication over quarantine made a huge difference for her not only physically and technically but also mentally and emotionally. She has found her confidence. She learned that hard work does pay off. She learned how to focus. She learned how to work in class.

This is what dance teaches us. It is more than just steps. Avery can take these lessons and apply them to every aspect of her life. She is ready to take on the world (well in a few years…..once she graduates)! It would have been easy for her to quit or for mom to pull her when things were tough and she wasn’t wanting to do the work, but she would have missed out on all of this greatness! Consistency, perseverance, and a lot of love and coaching from us got her here, and it will help her go far in life. See what dance can do for your child!

GET STARTED WITH A
FREE INTRODUCTORY CLASS

Join the Studio Five Dance Company family and experience the magic of dance.

We offer a range of adult and kids classes to fit in with your schedule.